Jeremy leads the community of people nominated by national and other bodies to QCEA's General Assembly and Executive Committee. These bodies form a close link between Quaker communities across Europe and QCEA’s work to build a more peaceful, just and equal world. Their responsibilities include strategic and budgetary decision-making as well as oversight of programme and fundraising matters.

Jeremy has worked at a senior level in European Union development and conflict prevention policy for more than 40 years. His roles included leading the European External Action Service division responsible for the Horn of Africa, and Head of Delegation in Niger and Rwanda. Jeremy was responsible for relations with several former Soviet Union countries at the time of its collapse. Jeremy is an experienced governance member, having served as chair or treasurer of several other NGOs including Saferworld, Conciliation Resources, Refugee Action and Oxfam Belgium. Jeremy has been a member of Quaker communities in Belgium and Denmark. 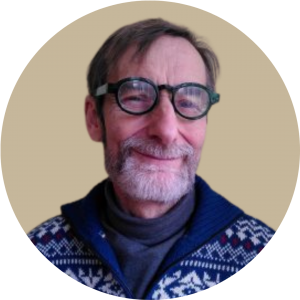