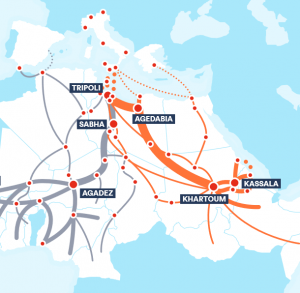 In the last four decades, the people in the Greater Horn of Africa (GHoA) have confronted a series of challenges, such as violent conflicts, state failure and economically and environmentally damaging climate change. Amain consequence of these challenges was a spike in the number of people migrating both within and outside the region. In November 2014, the EU-Horn of Africa Migration Route Initiative, also known as the Khartoum Process, became the main cooperation forum on migration between the European Union and GHoA.