The Quaker Council for European Affairs (QCEA) has appointed a new Transition Manager.

Paul Musiol, who will take up the role on 1 September, is responsible for reviewing the organisation that represents Quakers in Brussels. 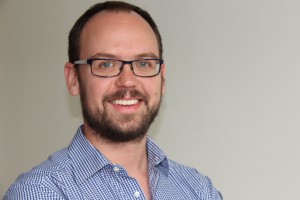 2016 will be an important year for the future of Europe, and QCEA is determined to increase the impact it has on the policies decided in Brussels.
“We have a responsibility to the Quakers and others who support us to ensure that the Quaker voice in Europe is as powerful and persuasive as possible”, said Oliver Robertson, clerk of QCEA. “This job gives us the opportunity to look again at how we can best do that.”

Paul Musiol comes to this role having served with a number of international charities and organisations, most recently with Oxfam in South Sudan. He worked for Quakers in 2011-2012, at the Quaker United Nations Office in Geneva.
“I’m thrilled to be joining the QCEA team at this crucial time” said Paul “and looking forward to getting started by listening widely to the views of the organisation’s staff, partners and supporters”.

The Transition Manager role will last for 12 months. During this time, QCEA will continue to provide a Quaker voice to the European institutions, led by Andrew Lane who began as Representative on 1 August. The team will continue to oppose armed drones and other aspects of EU militarism, and encourage collective European action to build a sustainable economy.